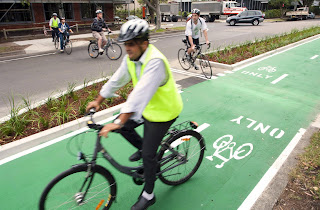 The construction of Sydney's Cycleways has the concern of several right wing conservative newspaper journalists and radio shock jocks. While I haven't cycled on them yet, I have been a big supporter of this type of infrastructure as a good way to retrofit existing cities and increase modal share. Sadly a few die hard lycra cyclists are complaing about the cycleways aswell.

Sydney is the city that really hates cyclists particularly on roads and amongst traffic. You will not increase modal share just by installing bike lanes without reducing speeds or having some physical protection. If you look at other world cities with considerably higher cycling rates separation is the key ingredient to promote cycling. Design is critical particularly at intersections as this is the greatest area of conflict.

Now maybe some of the cycleways aren't wide enough from some of the photo's I've seen and are some of the arguments by some cyclists, but when you are taking your family for a ride into the city or taking your child to school or you you just don't feel safe riding on 'High speed -High volume' roads then separation is what is required.

Many other cities have this style of cycleways, and you don't hear their cyclists complaining :


and of course ,but not always the design choice in Holland and Denmark: 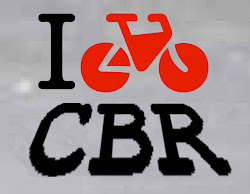